Is this the new million-dollar-homepage?

Everyone remembers the million dollar homepage but for anyone who does not, it was a famous website spawned by a brilliant unique idea of selling advertising space by the pixel to lots of people eventually making up an online advertising billboard of 1 million pixels.

Each pixel of advertising space was charged at $1 and advertisers could purchase any amount of pixel at the same rate – making $1 million dollars for the advertiser once the entire space was filled.

This was a very simple concept but it was the unique idea that grabbed hold of everyones attention and the entire homepage of the website, still found here, was filled in no time.

Following on from the success of this website there were many copycats following a short way behind – some successful and some not so much, as the trend trailed off.

Richerthanyou.com is the new craze in advertising, branding and just simply showing off! The idea behind Richer Than You is just as innovative as the original million dollar homepage idea whilst actually being very different in its nature, intentions and target audience.

The concept behind Richer Than You is to have a scoreboard of sorts, or ranking chart, featuring details of the top donations that have been made to the website.

The idea behind this concept is that readers will donate an amount that reflects how much wealth they have – it really is a place to show off your cash and show other visitors just how much doe you have at your disposal.

At the time of writing the number one position is held by a user known as minted$$ and this pole position was earned with a donation of $200 to the site.

Each user listed on the leader-board can display as little or as much information as they wish including their name or more commonly their nickname, age, gender, relationship status and also their country of residence and nationality.

In addition to the information that can be displayed on each users “profile page” there is also an option to display and website and link if required.

In addition to the leaderboard there are some other features and status symbols that you can obtain by being a contributer to Richer Than You – Firstly there is a RTY batch that you can have produced once you donate – this can be customized with the image that you desire and will be labeled with your donation amount and username.

For the high rollers there are also physical RTY cards available in Gold, Platinum and Black dependent upon donation amount. More information about the physical cards can be found here.

The website is also backed by a pretty cool Instagram page which features images symbolizing the lives of the rich and famous from around the world. The page includes photographs detailing the various luxuries afforded by the rich including fast cars, expensive champaign and other status symbols of the wealthy. 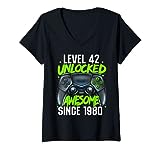