Its no great secret that Facebook is a huge source of traffic and potential customers for many business owners around the world.

At one point in time businesses were veering away from Facebook as it was seen to be more of a platform for socializing than it was for buying and therefor it was thought that investing in Facebook as an advertising medium was not a cost effective practice.

However, in the last couple of years social media has really begun to evolve and along with it so has the interpretation of social media by businesses.

The personal connection that can be made between businesses and users on social media and in particular Facebook means that businesses can build a real relationship with their user base – both existing and potential customers and even if they don’t become buyers straight away, when they eventually do there is a much stronger bond there which often develops into a much longer term relationship than is brokered by other more traditional forms of advertising and brand building.

Despite this new knowledge of how powerful Facebook can be as an advertising platform, it is hard for businesses to establish that link between social interaction and monetisation due to the fact that Facebook wasn’t really built with e-commerce in mind.

The normal route is to entice the user away from Facebook and on to your companies website or e-commerce platform where they can then have the opportunity to become a buyer.

As with any form of advertising the longer the distance between initial interaction and the buy now button, the harder and less likely it is to close the sale.

VM Bidder is a fantastic tool that brokers this gap and solves the problem of monetising your facebook fans by the use of a Facebook integrated e-commerce and bidding platform.

The application is very simple to use, it integrates fully with Facebook and can even be branded with your company logos and color scheme giving the end user the feeling of trust that they associate with your brand whilst also allowing them to bid on your products from within the Facebook platform.

Getting set up with VM Bidder is very straight forward and there is no manual installation required.

Once you are up and running you will also have access to powerful monitoring and reporting from your VM Bidder administration panel allowing you to keep track of all of your auctions as they are running on your Facebook page and allow you to see who has been bidding on your products, how many views the auctions have had and lots of other vital information.

Pricing starts from just $9.99 / month and allows you to have up to 3 live auctions running at any one time as well as a rolling 100 auctions per month.

There are also several tiers beyond this starter package that will accommodate you as you begin to manage more and more active auctions.

the great thing about VM Bidder is that they also offer a 14 day no obligation free trial which allows you to really get stuck in to the software, see how it works and hopefully even start bringing in some revenue as a direct result of the platform before you have even made the first payment. 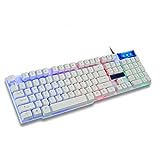