Firstly lets go into some background on Twitter – what its for, how it works, then we will go through the Twitter sign up process step by step.

Twitter is a social media platform that was created in March 2006 by Jack Dorsey, Evan Williams, Biz Stone and Noah Glass.

The core concept of Twitter centers around posting “Status updates” that are no longer than 140 characters – these updates are known as tweets and can include text, images, links and hash tags.

The site has proved to be somewhat popular with an estimated 500 million users as of July 2014 – the site is now very much about social engagement – from communications between friends, to businesses outreaching to their customers and to news updates.

One of the great things that Twitter can offer is near real time information – if an important event occurs anywhere in the world, you can guarantee it will be posted on twitter for the world to see within minutes – thats just another compelling reason why you should complete the Twitter sign up process.

The Twitter sign up process is extremely easy – in fact its one of the easiest websites to sign up to, all you need is the following information:

Notice that we haven’t listed a password – thats not because you don’t need a password, of course you do, its because the Twitter sign up process is SO EASY that Twitter even provide you with suggestions for secure passwords! Of course you can create your own one if you would prefer.

So the first thing to do is to visit http://www.twitter.com and as long as you are not already signed in you can actually begin the Twitter sign up process directly from the homepage! So if you look at the lower right side of the website you will see an area titled “New to Twitter? Sign up” and below it a few boxes to fill in the information we previously discussed.

Once you have filled in those 3 boxes click on “Sign up for Twitter” and you will be taken to a more comprehensive sign up page where you can enter a few more pieces of information – namely your desired Twitter handle, and where you can also view additional suggestions for your password as well as suggestions for alternative Twitter handles if the one you have first picked is already taken.

Once you have filled in the desired information and confirmed that the text beside each input field is green (Confirming the entries have been accepted) click on Sign Up.

That completes the sign up process in itself – so you can see how easy that is – that probably takes on average a few minutes – most of that is the users decision making time, and if you have done it a few times previously, you can normally sign up in about 30 seconds.

After the Twitter sign up process is complete you will be taken through the “account setup wizard” which comprises of 6 steps designed to customize your profile and give you a little introduction to how Twitter works. 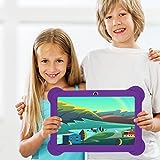 If you follow the wizard and read each page carefully you will have an overview of what Twitter is all about – in the second step you will be asked to select some subject areas that interest you, and in the step after you will be presented with 40 people whom you may be interested in following – if you move straight to the next step you will automatically follow those 40 people, but you are under no obligation to do so – if you don’t wish to follow any of them, simply un-tick all of them before you click next.

When you eventually get to step 6 you will be prompted to complete your profile which includes uploading an “Avatar”, a Twitter background and some “Bio” details such as Interest and website address if you have one.

At some stage after the sign up process you will also want to check your inbox for the registration email which will contain an activation link – whilst this does not stop your account from working, it does unlock some additional features in the account so its worth doing.

But don’t worry if you don’t immediately receive the email, it can sometimes take a couple of hours to arrive.

What do I do next?