Before VOIP came along the traditional way of making phone calls was becoming very antiquated. Technology was moving fast in many areas but telephony could not keep up with our modern lifestyles.

This meant that calling abroad and to various devices (such as mobile phones) was becoming very expensive.

When VOIP (voice over IP) came along it revolutionized the way that we make calls and it made international calls no different from calling over to your next door neighbor.

The reason traditional calling is expensive is due to the fact that the call has to be transported over standard phone lines, go via telephone exchanges and each of these things are owned by companies that charge for processing the data that travels through them.

Voice over IP travels “over the top” of the Internet service that is already provided and paid for. Because of this, calls can be made much more cheaply due to the fact that you only pay for the “last leg” where you are hitting the telephone exchanges.

Lets not kid ourselves though, VOIP is an existing, and almost old, technology. Its been around for quite some time, its well developed and there are loads of providers out there.

Vox have taken it to the next level though – they provide everything described above but from a mobile application available on iPhone and Android phones.

In fact you don’t need any equipment at all, just an app that can be downloaded from the app store or androind store.

What the Vox app does is allows you to make extremely cheap phone calls to anywhere in the world by sending those calls over your wifi or data connection, rather than over your carrier phone line.

contract or pay as you go

the Vox app has several options including a contract that includes 500 international minutes per month allowing you to call 60 countries. This plan is just $5.95 / month which is a fantastic deal and could potentially save you hundreds of $’s per month.

Alternatively you can opt for the pay as you go plan where you only pay for the calls you make. When you download and install the app, before registering you can see a price list for all countries – and that call rates are extremely cheap compared to other providers.

Regardless of the plan that you chose, you can get extremely cheap calls to 60 countries world wide. This is great if you have relatives abroad or if you are an international business person. If you already make international calls then its well worth downloading the app, looking at the price list and calculating how much money this app could save you per month.

As well as simply making calls and saving money, you can actually purchase real international phone numbers from any of the listed countries. These are real numbers that you can make and receive calls on as well as accept voicemail, record calls and lots of other cool features.

The great thing is, these real international numbers are only $9.99 per number. This is a fantastic additional feature of the app and one that no other VOIP app currently provides.

Another great use for the app is to make private calls – if you have an additional phone number purchased via the app, you can make anonymous calls using that number, and if the number becomes known to too many people, you can simply cancel it and purchase a new one. 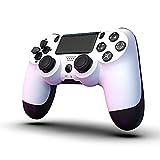 The other great thing about Vox in terms of privacy is that the calls you make via Vox do not appear on your phone bill – they are made via the Vox network and the Internet, so nothing hits your phone bill at all in relation to any calls made in the app.

If any of that sounds interesting, then check out the Vox app today via this link: