Learn to play the Piano in 60 seconds

Having the ability to play a musical instrument such as the Piano is a fantastic skill to have. As well as being a fantastic skill it is also a very difficult skill to learn and in fact, traditionally, playing a piano or keyword was a skill that either came easily to you, or was extremely difficult to grasp.

Ivoreez is a concept whereby anyone can learn to play songs on a piano or keyboard using a unique and yet extremely simple method.

The concept was invested by music teacher and professional vocalist Jennifer Rodriguez. Originally from San Diego and with roots in Virginia Jennifer has 20 years of experience teaching music to students.

Throughout her time as a teacher you constantly found that kids and teenagers often had great difficulty picking up music and struggled to read from traditional music sheets. In addition, kids often struggled with the sort of music that was available to learn and took much more inspiration from modern music.

It was these real world experiences whilst teaching music that gave birth to the concept of Ivoreez in Jennifer’s mind.

Several years on an the concept is now a fully fledged service offered via both the web and mobile applications available for iphone and android.

Ivoreez actually consists of two parts – firstly there is an overlay that you fit to your piano – these decals come in several sizes depending on the type of piano you would like to have it fitted to and they range in price from $14.99 to $27.99.

Once you have the overlay on your piano, you can pick from songs available on both the website and the mobile apps. There are currently 300 songs to chose from.

Once you have picked your song, simply play along by matching the colors on the piano overlay to the color of the words in the lyrics.

This is ideal for kids that want to have some fun singing whilst also learning to play the piano, and also just as much fun for adults who want to learn a new skill. In fact Ivoreez makes it so easy that practically anyone can do it.

There is also a really cool feature that is available when using the apps – when you have created your masterpiece – consisting of your new found musical talents as well as your singing skills, you can have the app upload the creation directly to youtube – allowing your friends, and perhaps an even wider audience to hear what you have created.

The great thing about this service – apart from the revolutionary way to easily learn to play the piano – is that its completely free. Of course you have to purchase the overlay initially, but once you have that, you can browse all of the songs currently available (around 300 at the time of writing) and learn to play any of them for free.

We understand that there are plans to create an additional paid membership in the near future – with access to a much larger database of songs, so we recommend signing up and getting involved sooner rather than later, whilst its free to browse all of the available songs.

Lastly, the creators of Ivoreez have been kind enough to offer a discount code to the readers of bloggtech – simply enter the coupon code PR1005 during checkout on the site and you will receive a cool $5 off of your overlay. 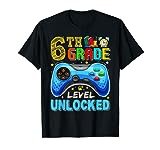