When people talk about drones they often think about military reconnaissance, intimidating unmanned aircraft and other scenarios that are beyond the reach and need of the average individual.

However, although drones and unmanned aircraft do have their routes in those types of scenarios the technology has come on a long way since then and the reality is that many different and exciting use cases have developed around drone technology, so much so that there are far more popular uses for the technology now and it is very much moving away from security, surveillance and covert operations and into domestic use.

Drones and the technology that they operate on is still relatively new in terms of how it is being used but as the price of manufacture is coming down, the scenarios in which drones can be used are increasing.

Currently the commercial drone market is centered around agricultural uses, mapping and we are also beginning to see some companies focusing on the logistics sector.

On the retail and personal use front, we are seeing drones being used often for fun but also often for mapping, aerial photography and also communications.

One of the major emerging markets for drone technology is definitely logistics and transport. It is an easy assumption to make that as drone technology is perfected it would be perfect for use in delivery – especially residential delivery whose biggest drawback has always been the man hours required to facilitate it.

With drones taking up the task of residential deliveries the cost could be driven down, the routing of goods could be cut substantially due to the much more direct routes that could be achieved with airborne travel and also the logistics and planning of deliveries could be much more finely tuned and accurate.

All of these things could revolutionize the deliveries industry in such a big way and could then lead the way for other related technologies to blossom with this newfound delivery infrastructure.

This may already seem like futuristic and unachievable technology but in fact airborne delivery systems are very much part of the here and now. Some of the biggest names in retail and logistics are already invested into drone technology for the purposes of logistics and deliveries.

Amazon for example are already working on a project named Amazon prime Air, whose aim is to bring delivery slots down to 30 minutes or less for all of their product range.

Google, the search giant are also working on a similar project to facilitate delivery and transportation logistics via drone technology so these technologies are happening now.

The future of drone technology

Despite the efforts of the big players to extract great functionality from current drone technology it really is still in its infancy and has yet to really show its most valuable use cases.

the future of drone technology is likely to bring huge benefits and changes to the way in which we live our every day lives. In particular delivery of goods is likely to come down drastically – perhaps allowing us to order, pay for and receive goods in a matter of minutes rather than days due to the flexibility, low cost and limited physical obstructions involved with delivery by drones.

this drastic decrease in delivery times would mean that many more household items would become consumables that could simply be replaced as they went wrong and rather than repairing things, the prices would be driven down and replacement would be favored over repair.

taking this scenario a step further, it would be easy to imagine drones becoming personal tools or assistants that everyone would own. As drones become smaller, lightweight and more nimble in their movement it is quite likely that one day everyone will own a personal drone that acts like an assistant. 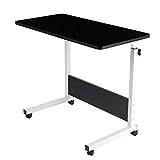 The drones will perhaps act as broker between the physical and digital world, connected via the Internet to us and to everything that we own so that wherever we are not only can we interact with the rest of our lives virtually but also physically.

For example if we were at work and realized we had left our lunch at home, perhaps we could send a voice command to our drone, via our smart phone, who would then fly home autonomously and fetch our lunch, or any other desired object, for us.

This “personal assistant service” could reach into many other aspects of our lives – instant delivery of goods no matter where we are located, relay of messages even perhaps human transportation.