What is Windows Server?

Windows Server is the name for a group of operating systems produced by Microsoft that are specifically built to run on a server (A type of computer that has the primary purpose of serving other computers or users).

The most well-known Windows Server operating systems are as follows:

What is the difference between Windows Server and Windows client operating systems?

Let’s take the latest Windows Server operating system as an example – Windows Server 2012. If you were to log in to a computer running Windows Server 2012 you probably wouldn’t notice a great deal of difference from its client counterpart – Windows 8. You would still find the same desktop with similar icons, you would see a start menu and you would also see the tiled screen that was introduced from windows 8 onwards.

A very simple example would be that of a web server – this is something that will often be handled by a Windows Server operating system such as 2012 and the purpose of this machine would be to serve a website to visitors.

To give a real world example, this very website could be installed on a Windows Server and as a result would be delivered to you right now via that Windows Server. In order to make this work we would install a feature called IIS (Internet Information Services) this comes built in to Windows Server 2012 (And most of its predecessors) and would allow us to host a website on the server. Basically when a visitor types in the URL of our website (https://bloggtech.com in this case) their browser would query the DNS server, find out that our Windows Server was responsible for that domain and then go and ask our Windows Server for a copy of the website’s homepage. Our server would receive that request and automatically reply with a copy of the homepage and all of the various images and content associated with that page.

There are hundreds or perhaps even thousands of other similar features available in Windows Server operating systems which will give the server the ability to offer various services to its clients such as DNS (Converting domain names to IP addresses), DHCP (Assigning IP addresses to client computers), Hyper-V role (Creating and managing virtual computers) and many more. You can find formal training online to learn more of the details of administering Windows Server 2012.

How to get a Windows Server?

We have mentioned just a couple of uses for Windows Server, there are of course many more. Typically, you would need a Windows Server if you were managing a computer network, hosting a website, running a database or if you had any task that needed to be run constantly and you did not want to leave it running on your own computer.

There are a couple of different routes you can go down when trying to obtain a Windows Server and the best route for you will be dependent on your use case:

If you are managing a computer network then you will at some point need a Windows Server – this point tends to come when you have a certain amount of computers on the network and managing each one individually becomes too much. 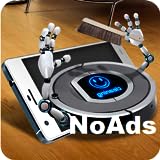 If you are planning to use your Windows Server for something like running a website, running a database or even running a program 24/7 then renting a server is probably the way to go – basically in any situation where you don’t need the server to be in the same physical location as you are, renting is a good idea.

There are lots of benefits to renting a Windows Server, some of them are as follows:

There are lots of great places where you can rent a Windows Server in the UK, here are a couple of notable ones:

Be careful when looking for other UK Windows Server providers because a lot of providers have UK domain names but do not host their servers in the UK. 1and1 are a good example of this – they have a UK based domain name – 1and1.co.uk – but they are a German company and their servers are based outside of the UK.