What is a LAN switch?

A LAN switch is a piece of networking hardware that is used to move data packets between devices in a network.

the LAN part of LAN switch stands for Local Area Network. So the full name for the device is local area network switch. In other words this is a piece of equipment that can switch packets between devices on a local area network.

Lan switch for home use

You may need a LAN switch for your home if you have more computers or network attached devices than you have ports in your existing home router.

As you will find out below, most lan switches today are very similar in functionality.

For most home users this TP-Link TL-SF1005D 5-port 10/100 Switch will be sufficient for simple network device expansion.

It is available from Ebuyer for just £6.50 including VAT.

If you require something faster than 10/100 – which runs at a maximum speed of 100MB per second – then you may want to go for a 1GBPS switch such as the D-Link 8 port Gigabit switch at £14.00 including VAT.

How does a LAN switch work?

Put in very simple terms, devices on a network are plugged directly into a LAN switch with Ethernet cable. 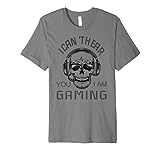 If the lan switch does not know where the destination device is located then it will pass the packet in the right direction.

A Layer 1 lan switch is sometimes referred to as a hub or as a repeater. Layer 1 switches are not very common at all now. This is because they are very basic, don’t offer much functionality and are not much difference in price to their more efficient layer 2 counterparts.

The key point about a layer 1 lan switch is that it is not intelligent enough to read much data from the network packets that come in. As a result, rather than sending the packet to the right port, it simply forwards a copy of each packet that arrives to every other port on the device.

This is very inefficient and can create lots of traffic on a network due to data being replicated on every port.

There are some cases where you would want to use a layer 1 lan switch. Once scenario in particular would be when using a packet sniffing program such as wireshark. If you are using wireshark to troubleshoot a network issue, you would want the wireshark device to read every single packet on a network – so plugging it into a hub or layer 1 lan switch would help to accomplish that.

Layer 2 lan switch is much more common and in fact this is what most lan switches actually are, even though often it wont be advertised – because it is taken for granted.

Layer two switches can read more information from the packets that they take in – for example the destination and source MAC address. With this information they can then intelligently forward the packets.

For example, a layer 2 switch will normally be able to take a packet from 1 port and then forward it on to the single appropriate port for it to reach its destination.

Of course this helps to greatly reduce congestion on a network.