SQL databases come in many different formats and can be used for lots of different purposes. SQL databases are normally used for storing data typically for websites but also for statistical data, contact management systems and so on.

What are SQL databases?

SQL databases are databases of relational information. In simple terms they store lists of data that are (or can be) related to each other. A very simple example would be a list of people in one database and then a list of ages in another database. The list of people could all be associated with an ID number and that same ID number could be stored along with the ages in the second database to denote which age belonged to which person. In other words, the two databases have a relationship.

SQL databases are named as such because they use the SQL language in order to store and retreve the data held within them.

SQL stands for Structured Query Language and it is a specialist language that was designed specifically for working with information stored in a database.

A common implimentation is MySQL which is an open source relational database management system originally designed by Michael Widenius and purchased by Oracle in 2009.

MySQL is an integral part of the LAMP package which is one of the most widely used web application software stack. In other words, it is used for manging websites.

What are SQL databases used for?

SQL databases are used for many different things, but they all center around the storage and retrieval of data. A very common use of SQL databases is for running the backend of a website. Websites, in particular those with built in content management systems often contain vast amounts of data – webpages, blog posts, comments, visitor stats, forum entries and so on. This vast amount of data is often stored in SQL databases.

These SQL databases really do their work when a visitor visits the website that they are running on, when the user “requests” a web page or other resource, its often the job of the SQL database to search through a large amount of relational data and pull out the resource that has been requested. the resource will normally then be compiled with several other resources by PHP, and then delivered seamlessly as a web page to the visitor.

Even on a web site with thousands of visitors per day and hundreds of thousands of pages of content, stored in SQL databases, these tasks are carried out in thousandths of a second and the pages are delivered so quickly you often wouldn’t even notice any delay.

How can I write SQL databases?

As previously discussed, there are several different implementations of SQL databases. the variant you chose would depend on what you were trying to achieve with the database. The two most popular implementations are:

Depending on which variant you chose, there are several great beginners guides out there to get you started after you have installed your chosen SQL databases.

Amazon have a great book for beginners who wish to learn SQL express, available here. If you would prefer to learn MySQL there are some very useful online tutorials here. 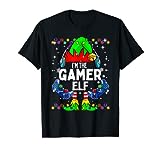