What is a Computer Virus?

What is a computer Virus?

What is a Computer Virus?

To answer the question what is a computer virus more specifically, it is a particular type of malicious software. It often has the specific aim of replicating itself and spreading from computer to computer. With this description you can see why it takes the name “Virus” which we know from medicine is a type of infection that spreads itself.

What is a Computer virus if not a Trojan?

A Trojan is like a virus but its goal is to gain access to a particular system covertly. A Trojan will often allow the perpetrator access to the system once it has installed itself.

A Trojan virus takes its name from the wooden horse used by the Greeks to infiltrate Troy.

What is a computer virus likely to do on my PC?

In addition, the virus will also try and infect as many EXE (executable) files as it can. A virus will also quite often change the execution command for all executable files. This results in the very action of opening any program on the infected computer running the code again. This has the effect of re-infecting the computer every time a program is run. This makes the virus extremely difficult to remove.

Once the virus has a strong hold on your PC, there may be any number of activities the virus will attempt to carry out. These operations including the installation of other Trojans. Joining a bot network for use in DDOS attacks and other suspicious and harmful activities.

What is a computer virus that I may have heard of?

A well known and publicized virus that you may have heard about was labeled the “I love you” virus. What is a computer virus doing with a name like that you may ask? The virus was given that name because it was used in the subject line of the email that transported the virus from computer to computer.

If a user opened the email containing the virus it would copy itself onto their computer. It would then it would over write all the image files it could find on the computer (rendering them useless). Once it had caused some damage to the users personal data it would then hunt for Internet passwords. Any passwords found on the users computer would be transmitted out.

Lastly, to spread effectively it would email itself to the first 50 entries in the user of the computer’s address book. This made the virus spread very quickly. It is in fact estimated that it infected over half a million computers and caused around $15 billion dollars of damage in total.

What is a computer virus prevention method?

The best things you can do to protect your computer from these viruses is to keep your computer protected. Keep everything updated and be sensible when communicating over the Internet.

Here are a few quick tips in staying protected and minimizing the chance of allowing a virus to infect your computer: 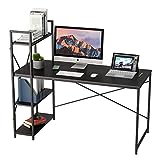