Tinytake is an image and video capture tool produced by MangoApps and the best part is that its absolutely free. Tinytake is so useful that after featuring it recently in one of our general articles about screen capture software, we have decided to do a full writeup on the program.

Tinytake takes screen capture to a whole new level and it is absolutely packed with features, saving you time on all the tasks you are probably used to doing manually after you have taken a screenshot.

We will go into detail about the best features of Tinytake further on in this article, but to give you an overview of the sort of things Tinytake can do, heres a quick feature list:

OK, so lets go into a little more detail here. Lets take image capture first – so we are all used to the traditional method of screen capture – print screen. You press a button and you get a capture of your computer screen placed on the clipboard. With this traditional method you would then have to paste that capture into a photo editing program where you could then resize it, crop it, add annotations and so on.

This method was and still is tedious. Not only does it take a long time, but the steps involved are so dispersed; in fact quite often you need to paste it into one program to crop it and resize it, then paste it into another program to add annotations and graphical pointers.

With Tinytake all of those things can be done in one place, very quickly and very collaboratively. Here are the steps involved in taking a screen capture with Tinytake:

This will give you a cursor with which you can “Draw” an area of the screen that you wish to capture.

As soon as you do that, you are presented with the captured image – in this case you can see we have highlighted just the text area and WYSIWYG editor that we are using to create this post.

Adding visual aids to your screen capture with Tinytake

Perhaps we didn’t want you guys to see this post mid-production, if that were the case we could easily add some pixelation from within Tinytake, to obscure the text in this post.

Using the pixelate feature with Tinytake

Video capture is even more impressive. With Tinytake you can capture from your webcam – if you are doing a video presentation, interview or perhaps a talk based tutorial.

Even more useful is the feature to record your computer screen. Say for example you wanted to do a tutorial on how to use Photoshop. With the same ease with which you can take a screenshot you can use Tinytake to select an area of your computer desktop to record.

So for a Photoshop tutorial you could select just the photoshop window itself and nothing else, then begin filming mouse and keyboard actions as you work in Photoshop. 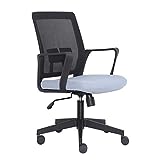 upload captures to the cloud for easy sharing

This is where it gets really cool and very high tech. Once you have created one of the above types of capture you have the choice of saving the capture to your local PC or uploading it to a storage space provided for free by Tinytake where it can then be shared out to your friends and collegues as appropriate.

Tinytake provides you with 1GB of totally free storage for this purpose, which we think is fantastic. You can even get loads more storage space (up to 1TB or 1000GB in fact) simply by inviting other users to Tinytake.

Another great feature of Tinytake is that it gives you the ability to share any files – not just those captured by Tinytake. If you would like to share any other file on your system, simply right click on the file, chose “open to Tinytake” and you will be prompted to upload and share the file.

Once the file is uploaded you will be presented with a link to the file that you can then share with friends and colleagues as required.

You can probably tell from the features of this program that its a pretty useful tool. We simply cannot believe its free because it is so rich in features. Not only that but its also extremely fast to install and runs very smoothly alongside other programs.