If you have ever looked to purchase a new computer you will find that the typical computer – whether it is a PC or a laptop is normally pre-installed with a windows operating system.

At the time of writing, Windows 8 is the latest version of the Microsoft desktop operating system.

Windows is not the only operating system platform though, there are other platforms as well. There is the Apple Mac operating sysytem, and there is the Linux operating system. There are also others, but the subject of the article is windows vs linux so those two are the ones we will be focusing on.

In this article we will compare windows vs linux – the differences between them, the benefits of each and the reasons for using one over the other.

So how can we compare windows vs linux? Well, although they are very different operating systems, they can quite easily be compared using various metrics.

The is especially true because over time windows tends to “inherit” lots of extra programs that run in the background – these often come along with other programs that you install and have the effect of slowing down the computer.

If we look at windows vs linux in terms of compatibility then it is fair to say that Windows will usually win the race. It is a known fact that due to the popularity of Microsoft windows there is a lot more software out there that works with Windows compared to software that works with linux.

Microsoft office is a good example – although their are compatible equivalents, you cant actually run Microsoft office on linux. there are lots of other programs as well – especially common business applications such as sage that will not run on Linux.

When it comes to security linux is definitely ahead of the game. where security is concerned, the key factor when you look at windows vs linux is the fact that linux has been built from the ground up with security being one of the main points of focus.

In addition, looking at windows vs linux another key factor is the regularity and logistics of publishing security updates. In a windows operating system environment, due to the fact that it is a closed source platform, the update path is very long and takes time. If for example, a security threat is found within windows, it has to be reported many times, confirmed in lab environments, sent to the developers, patched, tested and eventually released. This process can take months if not years, depending on severity.

When you compare this to linux, because it is an open source operating system, security risks can be discovered, tested and confirmed by the public community – making that part of the discovery process very fast and efficient. Once a vulnerability has been confirmed in this way, it can even be patched and released by security members. This means that security holes can be discovered and patch in a very short space of time and thus when comparing windows vs linux from a security stand point, there really is no competition.

When we look at windows vs linux in terms of usability, windows is slightly ahead. Windows is well known but it is also fairly intuitive. It has after all been developed form the start with a strong real user testing base – so Microsoft always use real world feedback in order to improve their operating system.

This makes windows a very user friendly platform. In addition, there are so many books, online tutorials and user guides for windows that it is really easy to find “how to” information when required. 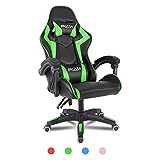 there are still some difficulties related to Linux and its use and also often situations occur when getting a task done is not straight forward.

So windows vs Linux for usability windows has to win the race.

windows vs Linux: value for money

Theres no two ways about it – as an operating system and as a whole computing experience, windows is expensive – right form the hardware required to run it, the operating system itself down to the software available for completing various tasks (word processing, video editing and so on).

Linux on the other hand was born in the free/open source community and everything that went after it has followed suit. If you are running Linux and you need to complete any computer related task there is always bound to be a freeware program available to download and install that will enable you to accomplish that task.

For that reason in terms of value for money, windows vs Linux has a clear winner: Linux!