The mobile phone market is really buzzing at the moment. All of the major players are competing to be the latest phones UK leader.

The market for the latest phones UK in particular is especially interesting because there are so many changing occurring. The smart phone niche is also changing as wearable tech is becoming more popular.

In this article we will be going through each of the major phone manufacturers. We will also be giving a round up of the latest phones UK has to offer.

There is no doubt that Apple are near the top when it comes ot the UK phone market. There latest edition; the iPhone 6 is fantastic extension of previous iPhone technologies. It features a 4.7″ screen if you take the standard version and a 5.5″ screen if you opt for the iPhone 6 Plus.

The iPhone 6 is extremely thin and light, features a fantastically crisp screen. It has a great camera which can even produce 1080p HD video at 60fps.

Of course if you opt for the iPhone 6 then you can take advantage of the Apple App store. It is one of the most widely developed smart phone stores with hundreds of thousands of apps for your every need.

Lastly, the iPhone 6 like its predecessors has a fantastically responsive touch screen making it very easy to operate. In our opinion its actually one of the things that sets it ahead of its competitors.

The Samsung Galaxy S5 is probably the closest competitor to the iPhone 6. We wouldn’t feel comfortable stating our preference. Its really down to each individual user to decide which features they prefer.

The Samsung s5 is one of the latest phones to hit the UK market and features a 5.1″ screen. It runs on the Android operating system. It boasts a 16MP camera.

Another great ting about the Samsung is that it looks fantastically stylish.

One of the main differences between the Android and the iPhone that a lot of people prefer is the flexibility of its operating system. As a user you can do so much more with an Android operating system where as Apple prefer to have everything locked down. So that you have to do things “the Apple way”. A lot of the more tech savy phone users much prefer this flexibility.

We were very excited to give Blackberry’s new phone a mention. The Blackberry Passport is a fantastic piece of innovation from Blackberry who have notoriously struggled in recent years with the fast pace of smart phone tech.

The Passport features a 13MP camera, 30 hours battery life and a physical keyboard (yes, they are still sticking with that one!). 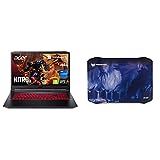 The Passport is extremely stylish and rather than copying the standard phone blueprint that seems to have prevailed in 2014, they have come up with their own innovative design concept.

Nokia’s Lumia 535 is another great phone that has recently launched into the UK market. Featuring a 5″ display, 5MP wide angle camera and a cool selection of available colors. The phone is a fantastic asset to your technical library as well as your personal image.

One of the great things about the Nokia is that it runs on Windows phone 8.1. It’s highly compatible with all things Microsoft. this means that syncing it with your PC and in particular Microsoft email is very easy.

Of course there are lots of other phones on the market at the moment. We have highlighted our favorites. If you purchase any of the above phones for yourselves or a loved one, you really cant go far wrong. They are all at the cutting edge of smart phone technology.